Home News Ukraine has significantly increased export of fruit and berry products for...

In the first quarter of 2018, the value of Ukraine’s export of fruit and berries was $ 57 million, which is 68% more than in the same period last year. Walnuts ($ 42 million), frozen berries ($ 10 million), apples and pears ($ 5 million) are the main products in the commodity structure of supplies abroad  this year. Among these groups of products, only frozen berries reduced the quantity and value of export. The volume of walnuts exported from Ukraine has grown from 7 to 13 thousand  tons, apples and pears – from 6 to 14 thousand  tons. Ukrainian fruit and berries is still in greatest demand in the countries of the European Union, which provide about 60% of  Ukrainian exporters’ income. The main purchases of fruit and berries this year is made by France ($ 6.9 million), Turkey ($ 6.5 million), Poland ($ 4.0 million), Belarus ($ 3.7 million), Greece ($ 3.5 million), Germany ($ 2.8 million) and the Netherlands ($ 2.7 million).

At the same time, import of fruit and berries to Ukraine in January-March 2018 amounted to 143 million dollars. However, it is mainly formed of exotic fruits (citrus, bananas, etc.). If we take into account only traditional fruits and berries for Ukraine, then the total positive trade balance for us equals $ 40 million. It is worth to note our positive balance in apples trade, which in recent years was negative.

Ukrainian apples are currently being sold mainly in the CIS and the European Union, namely Belarus, Moldova and Sweden, which together account for over 85% of their export value. Average export price of apples this year has exceeded $ 320 per ton. 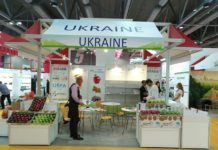 Stand of Ukraine has started work at Asia Fruit Logistica 2018 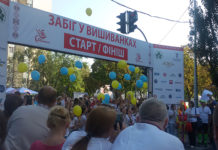 UKRSADPROM Association supported the Race in embroideries in Kiev 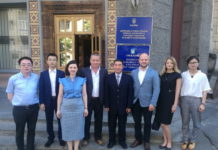 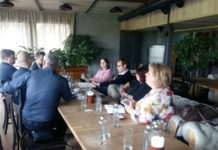 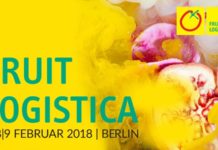 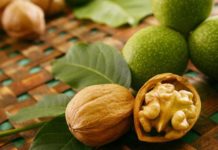